Pantone Reveals Its 2020 Color of the Year. The Winner is Classic Blue. 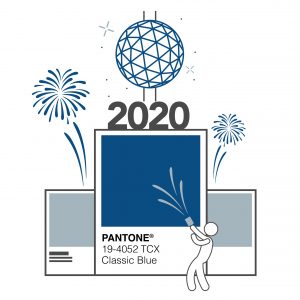 Few things are as straightforward and yet enormously complex as our relationship to color.

At its most basic, color is our brain’s interpretation of the different wavelengths of light that enter our eyes. In a genuine sense, color doesn’t exist outside of our experience of it. And yet, this simple phenomenon can be densely layered with emotional, psychological, and physical associations.

For most people, perceiving color is one of the more fundamental experiences of human consciousness. This raw perception is devoid of meaning on its own, but the mind doesn’t tolerate a lack of significance for long.

Memories, circumstances, history, and past emotional states can all color the experience of color. Even subtle changes in hue, shade, and tone can give rise to very different emotional reactions. You may love or hate a color for reasons you don’t understand, but your feelings about it are inextricably linked with the experience.

That’s why when Pantone, the global color giant, picks its annual color of the year; you get a wide range of opinions. Arguments for and against are made in strident voices and angry, passionate, or loving prose. This year was no different. 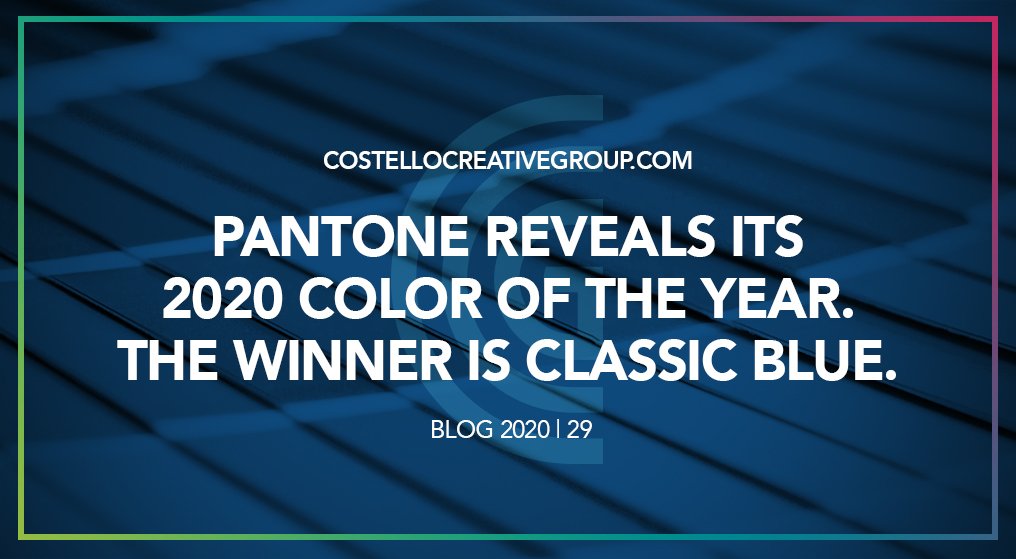 What Are People Saying?

Scan the web, and you will find commentaries praising Pantone’s 2020 choice, Classic Blue, as a perfect expression of calm confidence, evoking a simple elegance that recalls the profound experience of gazing out to the horizon, where the blue of the ocean meets the blue of the sky.

Blue is often regarded as a strong, foundational color. Blue hues happen to be the world’s favorite color, according to a study that asked 30,000 people across 100 countries and a variety of cultures. The explanation offered hints at how profoundly a color’s associations define people’s reactions to it.

Consider a muddy mustard yellow. Most people find it unappealing because of its associations with unpleasant things like rot, mold, baby poop, and vomit. These associations alter how the color is perceived.

On the opposite end of the spectrum, the lion’s share of people appreciates blue because many items are blue, and the associations are almost always positive. The ocean, lakes, the sky, bluebirds, blueberries, many lovely animals, help to boost blue’s fandom.

It’s no surprise then that Pantone chose Classic Blue for 2020. The previous year didn’t go well for them.

You Can’t Win ‘em All

The selection of a simple, classic color this year was a response to 2019’s unintentionally controversial choice. Living Coral is a lively salmon color picked for its “animating and life-affirming” hue, which “energizes and enlivens with a softer edge,” according to Pantone.

However, the general reaction to this color, which captures the look of healthy coral, was decidedly negative. Many bloggers, journalists, and industry personalities felt the choice was tone-deaf, given the desperate state of ocean coral. Instead of appreciating Living Coral as enlivening and life-affirming, many thought it inspired an existential sadness. Living Coral became a melancholic reminder of the seemingly intractable environmental issues we’re facing.

It’s a perfect example of the many layers of meaning we apply to colors. Had that chosen shade been named something different, like Salmon Fillet or Decadent Flamingo, the public’s reaction might have been quite different. It wasn’t the color itself that was the problem. It was the associations attached to it that soured people’s experiences.

Pantone seems to have listened to their critics. Classic Blue is a color found throughout nature, with generally positive connotations. In stark contrast to Living Coral, which tried to evoke the wonder of the natural world with ocean organisms on the brink of annihilation, Classic Blue exists as an affirmation that we still have a chance to save the natural beauty around us. There is still much good, and if nurtured, it can deliver us back from the brink.

As you would expect, Classic Blue also had its critics. People found the color to be “safe,” “lackluster,” and “unapologetically dull.”

Critics fixated on some of the negative connotations of the deep blues. They cited its associations with sadness (feeling blue), pointing out that it’s the color of mourning in the Middle East and Latin America.

With millions of colors to choose from, some dazzling and others sublime, Classic Blue was called out as a thoughtless, politically-motivated decision. It was more about Pantone saving face. With the full spectrum of colors available, Pantone chose a basic, primary color, found in even the smallest boxes of crayons.

Color is subjective. What you choose to associate them with can dramatically alter your perception. Pantone will find critics no matter what color they choose.

Color Is Different for Everyone

In the end, these deeply invested arguments demonstrate just how pivotal the perception of color is. Not a single one is truth, living firmly in the realm of opinion and subjective experience. And yet, people treat their arbitrary perception of light wavelengths as a fundamental, immutable component of reality.

To put this in context, consider that the average person can distinguish about seven million colors, a massive range to be sure. And yet most people have a favorite. How many people do you know that have a favorite number?

For a direct comparison, imagine that you have seven million numbers to choose from. How many of those hold special significance for you? Probably not that many. If I said, “tell me what the number 2,450,336 means to you,” would you have an answer? If you saw 421,449 printed on a billboard, would it evoke an emotional reaction? Probably not.

Even though we use numbers constantly, they don’t hold the sort of emotional significance that colors do. Seven million colors, and you’ll likely have some feelings about a majority of them. Seven million numbers and there isn’t much to distinguish them, other than the order and quantity of digits.

The sheer fact that Pantone and other companies choose a color of the year annually is somewhat telling. Can you imagine an organization publishing their number of the year?

Here’s the press release. “This week the American Accounting Association announced their 2020 number of the year. To the shock and surprise of the nation, those venerable bean counters chose 4,509,320!”

Not quite as compelling as Fuschia Rose, Tigerlilly, and Classic Blue.

We’re Designers. We Live For Color.

Artists and designers tend to share a deep appreciation for the effortless yet profound experience of color. We recognize how important choosing the right color palette is for a given design.

Through years of practice, we develop an innate sense of the psychological effects that different colors, shades, and tones tend to have on people. We exploit this knowledge (exploit in the best sense of the word) to generate powerful imagery that communicates in subtle, unconscious ways.

Because marketing is, at its heart, the practice of effective communication, and few things can describe the exquisite, inexpressible profundities of human experience quite like color. If you’d like to chat about how manipulating the colors you’ve chosen for branding and advertising could boost their effectiveness, give us a call. If you have the time, we’ll discuss the relative merits of Classic Blue and the other 6,999,999 choices. 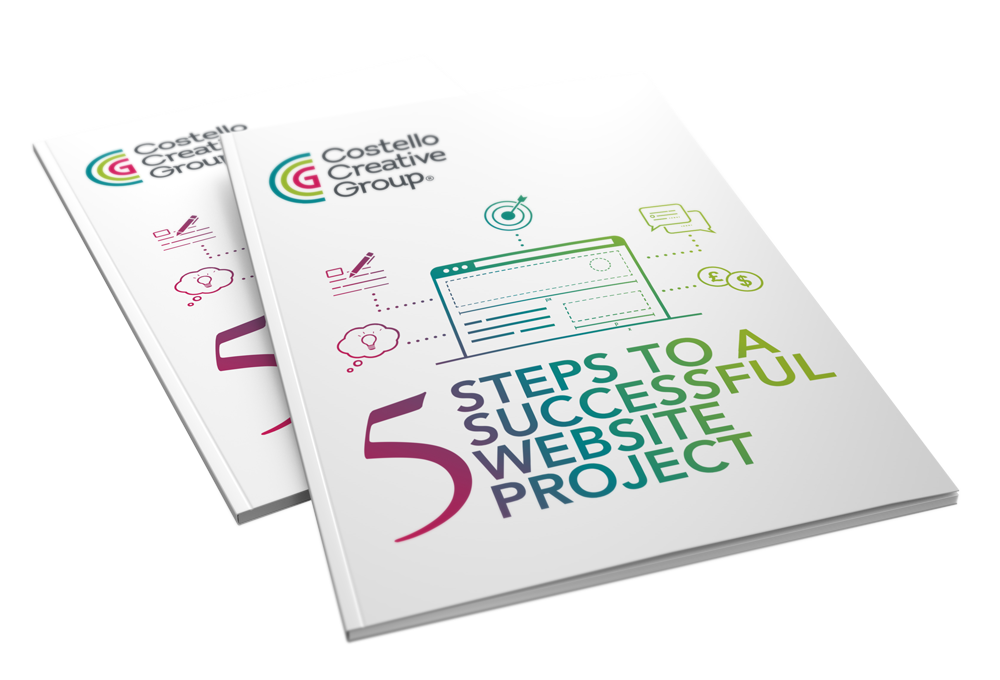 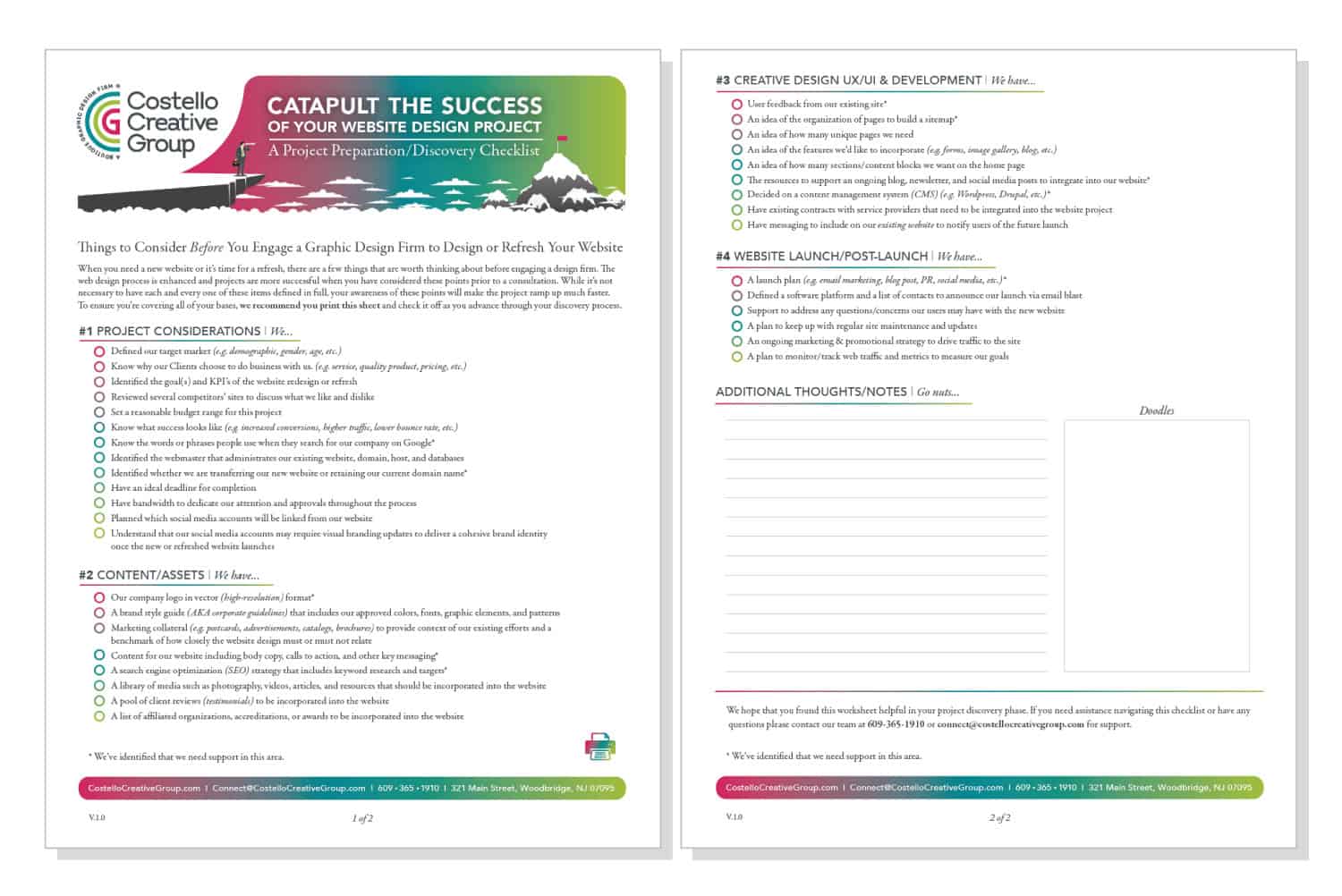 PrevPreviousContent Marketing: With So Many Platforms, Where Do You Start?
NextThe Hottest Design Trends of 2020Next